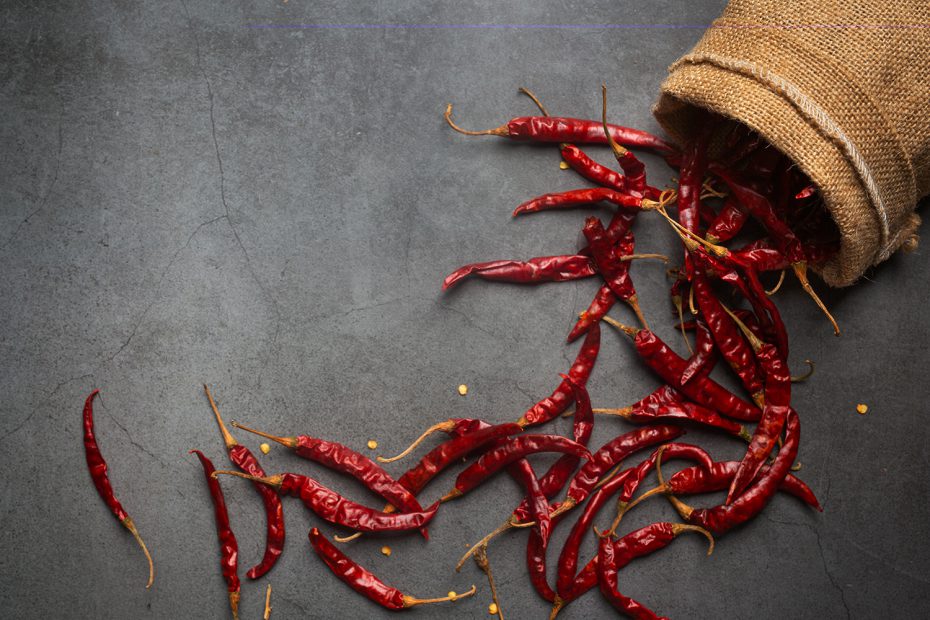 Red chilli price crossed half century mark, has in fact is competing with the cost of 24 carat gold. It's a record of sorts at the Enumamula Agriculture Market Yard, one of the largest markets in Asia, in Warangal on Wednesday as the price scaled a new high bringing Rs 52,000 per quintal. Even as the paddy farmers are in doldrums due to Centre-State spat, the red chilli market is in a belligerent mood. Thanks to the decline in chilli production in the country and an increase in demand in the international market. It may be noted here that India is the largest exporter of chilli in the world.

Although chilli is produced across Karnataka, Maharashtra, MP and other states, the desi variety grown in Andhra Pradesh and Telangana, the two prime producers of chilli, is much in demand abroad and in the domestic market as it was extensively used for food flavoring and coloring besides in the preparation of chemicals. The price of chilli, especially Desi variety, started marching towards sky high this March. The season commenced with Rs 27,000 per quintal, and no farmer could never in his wildest dreams have imagined the windfall in prices. On March 22, the Desi chilli fetched farmers Rs 48,000 per quintal. Compared to last year's price that hovered anywhere between Rs 8,000 to and 9,000 per quintal, it's a rare bonanza for the farmers.

drop in the cultivation of desi chilli in the region and demand in the international market are the reasons behind the high market price. Only a few farmers would be benefitted by this surge in prices. While the desi chilli is doing well, the other varieties of chilli didn't have that much demand, All India Kisan Federation (AIKF) State joint secretary Peddarapu Ramesh told The Hans India.